Sulfur or sulphur is a chemical element with symbol S and atomic number 16. It is abundant, multivalent, and nonmetallic. Under normal conditions, sulfur atoms form cyclic octatomic molecules with a chemical formula S8. Elemental sulfur is a bright yellow, crystalline solid at room temperature.

Sulfur is the tenth most common element by mass in the universe, and the fifth most common on Earth. Though sometimes found in pure, native form, sulfur on Earth usually occurs as sulfide and sulfate minerals. Being abundant in native form, sulfur was known in ancient times, being mentioned for its uses in ancient India, ancient Greece, China, and Egypt. In the Bible, sulfur is called brimstone, which means “burning stone.

Today, almost all elemental sulfur is produced as a byproduct of removing sulfur-containing contaminants from natural gas and petroleum. The greatest commercial use of the element is the production of sulfuric acid for sulfate and phosphate fertilizers, and other chemical processes. The element sulfur is used in matches, insecticides, and fungicides. Many sulfur compounds are odoriferous, and the smells of odorized natural gas, skunk scent, grapefruit, and garlic are due to organosulfur compounds. Hydrogen sulfide gives the characteristic odor to rotting eggs and other biological processes.

Sulfur is an essential element for all life, but almost always in the form of organosulfur compounds or metal sulfides. Three amino acids (cysteine, cystine, and methionine) and two vitamins (biotin and thiamine) are organosulfur compounds. Many cofactors also contain sulfur including glutathione and thioredoxin and iron–sulfur proteins. Disulfides, S–S bonds, confer mechanical strength and insolubility of the protein keratin, found in outer skin, hair, and feathers. Sulfur is one of the core chemical elements needed for biochemical functioning and is an elemental macronutrient for all living organisms.

Three groups of sulfur are produced:

Getting sulfur powder is typically at least a two-step process that starts with elemental, or mineral, sulfur; once this has been identified, it must be refined and ground down into a fine dust. Sulfur can be found in nature, and has traditionally been mined from volcanoes and salt domes.

In modern times the element is more readily collected as a residue or by product of petroleum mining and oil refining, though. The latter is sometimes strictly considered “natural” while the former called “synthetic,” but either will make a powder when processed.

Ultra structurally, the center of the sulfur granule was composed of a cluster of hyphae, and the periphery was surrounded by clubs arranged radially. The clubs were made of electron-dense fine granules and had a degenerated hypha at the center.

These granules varied in amount from small to large. As for the host reaction, neutrophil infiltration appeared first around the sulfur granule. Then epithelioid cells proliferated and phagocytized hyphae.

Sulphur Lump is excessively required for a variety of applications in numerous industries such as Chemical industry.

Mercaptans are a family of organosulfur compounds. Some are added to natural gas supplies because of their distinctive smell, so that gas leaks can be detected easily. Others are used in silver polish, and in the production of pesticides and herbicides.

Sulfites are used to bleach paper and as preservatives for many foodstuffs. Many surfactants and detergents are sulfate derivatives. Calcium sulfate (gypsum) is mined on the scale of 100 million tonnes each year for use in cement and plaster.

You can product the organic crop, organic vegetable, organic fruit with sulfur. Improve performance and product quality. When you use sulfur in your farming land, it’s possible for you that you can save water. Improvement of saltines and alkaline agriculture soils. 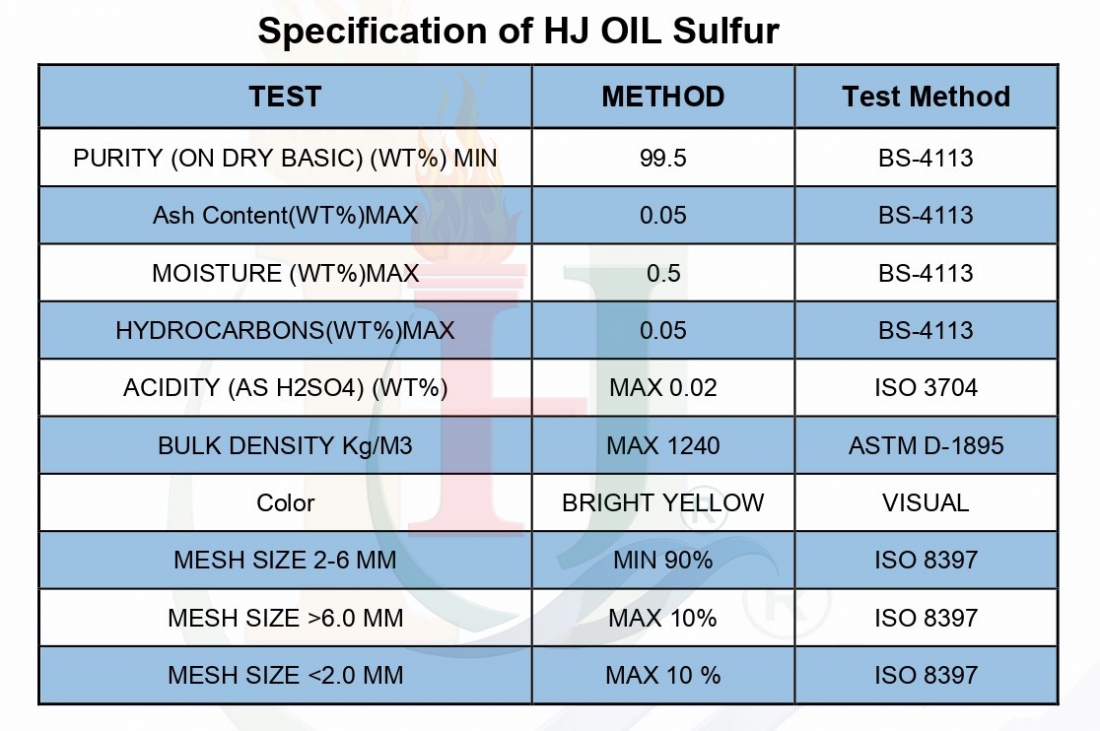