Sodium hydroxide, also known as lye and Caustic Soda is an inorganic compound with the formula NaOH. It is a white solid ionic compound consisting of sodium cations Na+ and hydroxide anions OH−. Sodium hydroxide is a highly caustic base and alkali that decomposes proteins at ordinary ambient temperatures and may cause severe chemical burns. It is highly soluble in water, and readily absorbs moisture and carbon dioxide from the air. It forms a series of hydrates NaOH·nH2O. The monohydrate NaOH·H2O crystallizes from water solutions between 12.3 and 61.8 °C. The commercially available “sodium hydroxide” is often this monohydrate, and published data may refer to it instead of the anhydrous compound. As one of the simplest hydroxides, it is frequently utilized alongside neutral water and acidic hydrochloric acid to demonstrate the pH scale to chemistry students. 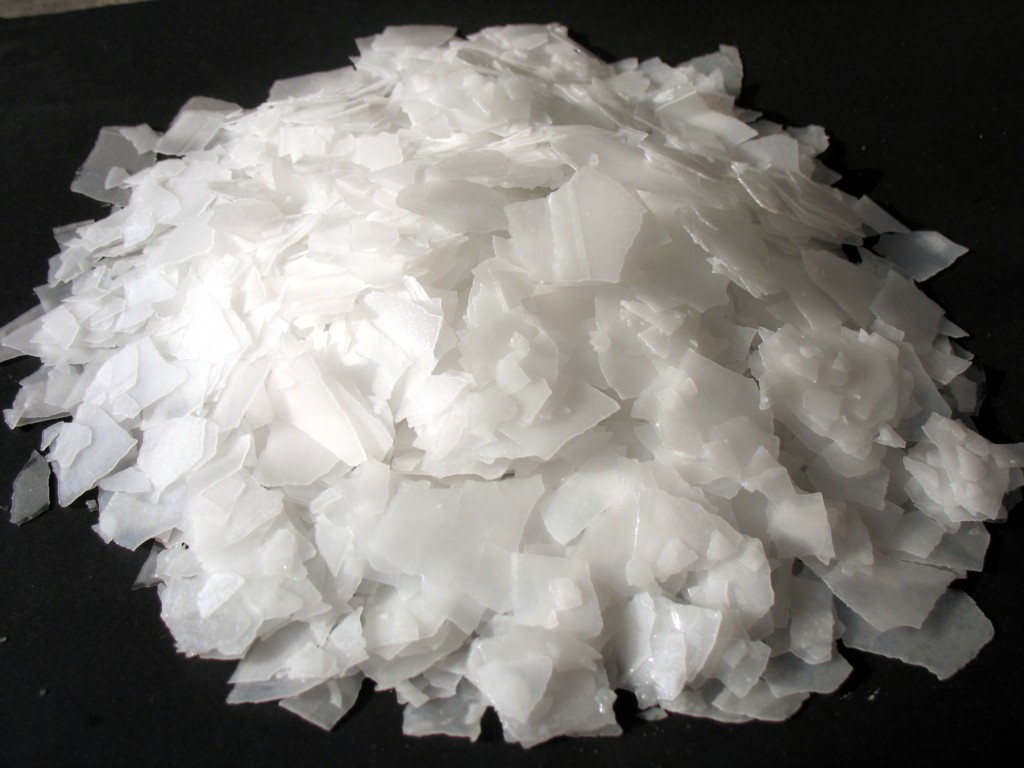 1. Used in the manufacture of pulp and paper, textiles, drinking water, soaps and detergents.
2. Used in as a drain cleaner.
3. Used in the paper industry.
4. Used in the manufacture of sodium salts and detergents.
5. Used for pH regulation.
6. Used in the Bayer process of aluminium production.
7. Used in many scenarios where it is desirable to increase the alkalinity of a mixture, or to neutralize acids.
8. Used as an additive in drilling mud to increase alkalinity in bentonite mud systems.
9. Poor quality crude oil can be treated with sodium hydroxide to remove sulfurous impurities in a process known as caustic washing.
10. Widely used in pulping of wood for making paper or regenerated fibers.
11. Used to digest tissues, as in a process that was used with farm animals at one time.
12. Acts as an agent to make the solution alkaline, which aluminium can dissolve in.
13. Traditionally used in soap making.
14. Used as a catalyst for the transesterification of methanol and triglycerides.
15. washing or chemical peeling of fruits and vegetables, chocolate and cocoa processing, caramel coloring production, poultry scalding, soft drink processing, and thickening ice cream.